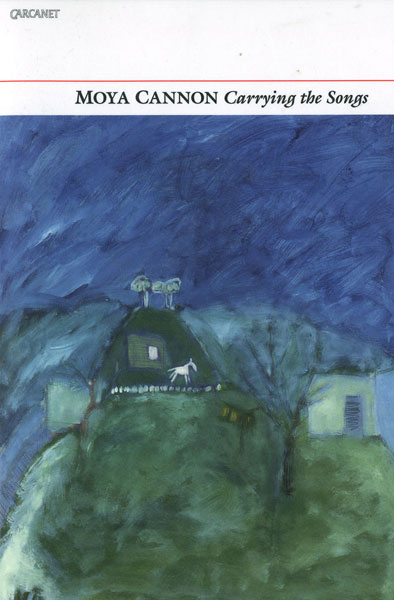 for Tríona and Maighréad Ní Dhomhnaill

It was always those with little else to carry
who carried the songs
to Babylon,
to the Mississippi —
some of these last possessed less than nothing
did not own their own bodies
yet, three centuries later,
deep rhythms from Africa,
stowed in their hearts, their bones,
carry the world’s songs.

For those who left my county,
girls from Downings and the Rosses
who followed herring boats north to Shetland
gutting the sea’s silver as they went
or boys from Ranafast and Horn Head
who took the Derry boat,
who slept over a rope in a bothy,
songs were their souls’ currency,
the pure metal of their hearts,

to be exchanged for other gold,
other songs which rang out true and bright
when flung down
upon the deal boards of their days.

"These wonderful poems lay down not just a landscape and a history, but a music which is all their own, through which the reader can enter a unique dialogue between elegy and celebration."

"…...universal material is here articulated through an apparently artless prosody…… This is a highly accessible, profoundly human verse."

"In common with the American Black Mountain Poets – Olson, Creeley and Levertov – Cannon welcomes the accidental and unexpected event that is gifted to the poet and it becomes the secret place where beauty and truth reside."